Some of us hoped against hope that we had found  a man who loved us for who we are. Some of us saved our virginity for this one person who  promised to honor us and to “forsake all others.”   Yet we found out that he valued his own needs and desires  above  all. I know it sounds callous.  But it’s true.  While all addictions are brutal,  pornography especially assaults a woman’s soul.  It’s a very strategic tool in the hands of the enemy to destroy the man and the woman. And marriage. 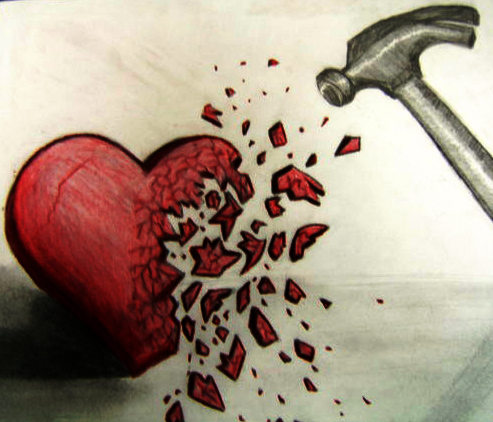 We find ourselves in a marriage that is far from the romantic notions we held as young girls.  Instead of the cherished  ideas about being good wives in happy homes, we find ourselves in isolated and abusive relationships. We have become  helpless women in religious and social traps, where the “good wife”  is never supposed to leave her addict husband.

Let me try to clarify two things. Brace yourself.

2).  A man addicted to pornography has already forsaken his wedding vows.

Don’t quit on me yet. I am so pro-marriage it scares me. And,  as a champion for God’s daughters, I challenge us all to honestly assess whether marriages infiltrated with pornography actually look like God’s idea of marriage and his desired treatment of his women.

The Good Wife.
In the beginning of my own marriage recovery,  I was introduced to a label that made my blood run cold. Co–addict. The accusation of being “part of the problem” stunned me.  In fact,  I refused to see my part of the dance. I simply could not be responsible for his choices that hurt me so much.

How could this happen? Addiction was never in my plan for marriage.

Here’s what I found out. Many times the good wife is just as wounded, hurt,  and needy as her addict husband. Only she expresses it in different ways. He copes by acting out. He focuses on himself. She copes by focusing on him, or everyone else, but never her own stuff.

The spectrum for the good wife varies, some play the victim, some play the “take over the world,”  or both.  The victim is clueless, helpless, and often passive to the max.  She abdicates her personal responsibilities and let’s someone else control her money, children, home — her world. She is more often than not, a victim of abuse herself so she lacks appropriate boundaries.  The flip side is the woman who’s in control of Everything. She runs a tight ship and no one challenges her plan. This is evident in her house, appearance, activities, money, and her children. Oh yes, and her husband.

In either case, these outward expressions give her, and others,  the idea of being a good wife. “What more can I possibly do?” she asks.  All the while  her own heart never gets revealed or healed.

Here are some telltale signs of  Good Wife Syndrome. She maintains a low tolerance of other people’s sin and a high denial about her own.  Often,  a wife  of an addict compulsively talks about her husband’s issues. She is near obsessive about his acting out again.  But when asked if she has been unloving? Critical? Demanding? Controlling? Unforgiving? She is oddly silent. She is unaware of how her own past abuse or present choices are an issue. It’s  incredulous for her to  believe that she could have anything to do with her husband’s addiction.

God taught me to stop the  addictive dance through mercy and boundaries.

Mercy comes when we realize that Jesus died for all sin, wives and husbands alike. Yes, his sin wounded her. However, the Blood of Jesus washes all.  The wounded wife needs mercy as much as the wounded husband. Mercy is not pity, or enabling. It is a profound realization that God wants both husband and wife to be free. He paid the price to accomplish that. A wife’s forgiveness is not a stamp of approval. It is the Surgeon’s tool used to cut out the bitterness and rage.

Boundaries are God-created spaces for both wife and husband to receive necessary healing.

Wives so lack boundaries that husbands never face consequences. These women, (including me) are often riddled with fear, unwilling to take Tough Love steps in order for their husbands to  face appropriate consequences and to  protect their own hearts. Sadly, many wives of addicts are  too busy trying  to protect their husbands’ reputation. Which translates: it’s really about my reputation.

One of the first idols that had to come down was my obsession with  my husband’s behavior. After I found out about his addiction,  it was my all-consuming thought. Which meant that Jesus was not. So if you’re in the middle of the good wife syndrome, my first prescription is for you is — sit in the arms of Jesus.

Should I stay or should I go?

Addicts who refuse recovery have set the course for their marriage already. Therefore it is ludicrous to say that a woman should stay in an addict relationship unless there are seriously  healthy boundaries. Now more than ever, a wife has to get her heart settled with the Lord. Only God can navigate these treacherous waters.

For myself,  the Lord absolutely called me to remain in my marriage. It wasn’t easy. It wasn’t fun. But I see in hindsight that God was after a bigger picture for both of us. I’m glad I stayed.  Thankfully today we both are free.  It was a long hard journey.

Yet.  I  tell you candidly that there have been dangerous, abusive relationships in which I have counseled women to have very strong boundaries with their husbands—even separation, even divorce. Why?

Jesus said divorce was granted because your “hearts were hardened.”  A man who refuses to give up his addiction, to walk in the freedom available in Christ, to put his family above his appetite and his sickness, has a hardened heart. No matter how much healing his wife walks in, he must take responsibility for his actions.

So how do you know if your husband is worth staying with?  First ask Jesus.

I have a long beautiful story of Jesus persuading me to stay with my husband. (You can read that in my book.)  For your story though, is your husband making incremental steps forward?  Is he seeking help? Reading books or attending classes on how to get free? Is he being more honest ? Is he making small baby steps, however imperfectly, and inconsistently?  This is a man who might be on the road to freedom. It may take longer than you want, but it will come in due time.
But:

If you have man who continually denies that there is a problem,

if he continues to abuse you emotionally or physically to meet his sexual needs, regardless of what he promises about next time,

if you find that rage and isolation are the norm in your home,

if you live in fear of his emotional state, and

if there’s no action on his part of receiving any kind of help,

He is free to choose his life, but so are you. Get out of the way and let his choices fall where they should. The Bible says there’s a way that seems right to a man and in the end it leads only to death. (Prov 14:12) Because women are such rescuers and fixers, we rarely let men simply suffer the consequences of their own choices.

I often ask husband and wives the same question. It is what Jesus asked the man stuck in his infirmity for 38 years:

Do you want to get well?