Become larger to carry more. The idea of capacity may seem so obvious, but I find it often trips people. Growth comes through discomfort. Our capacity expands through deliberate stretching.

The Lord has shown me many pictures about this. The nautilus outgrowing its chamber. A balloon swelling, taking shape as breath fills it. A pregnant woman’s incredible transformation as she grows a new life. In all these examples there is effort, change, pressure, even labor to see the fullness revealed.

God’s primary goal is to breathe His life into us like holy balloons. He desires to expand in us, expand His love, His image, His creativity and wisdom. His kingdom.

Think of Joseph saving the nation of Egypt and even his own people. Mary delivering the Messiah. Peter addressing the Sanhedrin. They had to each be pushed out of their idea of enough so that He might reveal His life through them.

We must be willing to be uncomfortable so that He might increase. So when we see circumstances outside of our control, what is God expanding in us? 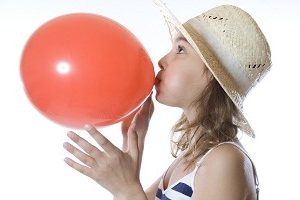 Be mindful of obstacles that would deter this divine renovation.

People lose touch with God, or don’t experience His presence, because they have crowded their lives with “foreign wives.” Solomon was the wisest and richest man on earth, yet he lost his soul because “his heart was not fully devoted to the Lord” and he was led away by his foreign wives.

“As Solomon grew old, his wives turned his heart after other gods, and his heart was not fully devoted to the LORD his God, as the heart of David his father had been.” 1 Kings 11:4

Make an effort to let go of lesser habits, affections, ideals to make room for greater revelation.  Then, allow God to heal and test the revelation. He wants to be sure we own it, to have authority in the revelation He has given.

Pastor Bill Johnson tells a story about repairing a flat bicycle tire. He explains the process of repair is to first hold it under water to find the hole. Once the hole is detected, the tire is taken out of the water, dried and patched. Here’s the kicker.  The tire is not put back on the bicycle. Instead, the tire is again held under the water. Why? To see if the patch held.

It’s a valid question as you go through seasons of stretching to ask God, “are you repairing a hole in me? or are you testing to see if Your repair held?” It will help you so much to know that He is always working for your good. His main goal is that His life and Love will fill you and then flow from you.

We have to be fit to carry the Kingdom. We were born to become like Him.

I love this song as a great reminder. He is always working for us to be fully revealed in Him.

If I find in myself desires nothing in this world can satisfy,
I can only conclude that I was not made for here
If the flesh that I fight is at best only light and momentary,
then of course I’ll feel nude when to where I’m destined I’m compared

Am I lost or just less found?
On the straight or on the roundabout of the wrong way?
is this a soul that stirs in me,
is it breaking free, wanting to come alive?

For we, we are not long here
Our time is but a breath, so we better breathe it

Hope is coming for me.
Hope, He’s coming