It was a beautiful sacred moment. We women sat around a fire asking Holy Spirit to reveal what was the mountain between us and His love. What were we hiding behind, holding on to, or avoiding that was hindering the flow of His life into our lives. That’s when the Lord pricked my memories.

You have burnt a root before, do you remember? 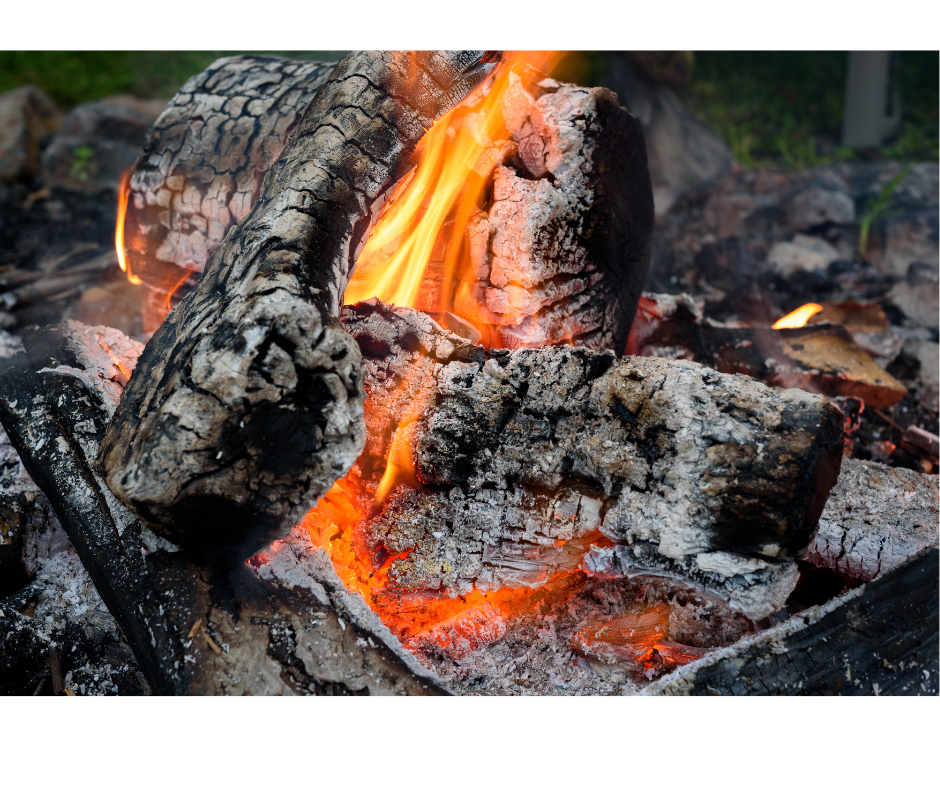 The Spirit flashed scenes of my early relationship with God. It was like a movie trailer, moments of a story being unfolded. Yes, I did remember.

Chuck and I had moved to a country estate. The former owners had divorced and the property was likewise tired and neglected. I had a vision of resurrecting it. What I didn’t know is that God had the same idea about me.

So much deep heart work happened there with Jesus.  Dreams, visions, counsel in the night. I discovered my gifts and calling; I was embraced by His intimacy; I was equipped for warfare.

But before all of this was The Root.

We tried the lazy man method first and dug out the flower bed beside the sidewalk to get a view of the culprit. Sure enough, it was a tree root. Just a tender slip of a thing, the width of two fingers, had caused extensive damage. Even so, the repair seemed too big, too much effort, and no further action was taken.

As you can imagine, it became a huge point of contention in my marriage. I wanted it fixed, Chuck did not. However, my heart shifted the day I walked over it and saw crocus blooming right by the root in the flower bed. I told the Lord I was sick of fighting about this with Chuck, and sick of complaining about it to Him. Turns out God was sick of both too.

I’m bringing beauty even out of this ugly. So bless it instead of curse it.

Okaaaaaay, I said. So instead of cussing Chuck and that damn root, I started blessing the story God would reveal in the process. Needless to say, all the while the root continued to grow.

One unexpected day, Chuck said, “I am going to dig up that root today.” I almost fell out of my chair. And dig he did. He pulled up the concrete step, shoveled the dirt out and we stood aghast at the root.

It was now the size of a man’s thigh.

To Chuck’s credit, he cut and hacked and dug until the root was out. He filled the hole and replaced the concrete step, everything was back to normal. He took the gnarly, mud-covered root and threw it on the burn pile.

And there it lay. Ugly and exposed.  For weeks. I couldn’t stop looking at it.

The Lord was up to something and I avoided His dissection almost as much as Chuck had avoided digging up the root.

Finally one day it bubbled out. I had run aground relationally, again.  When I asked the Lord about what my problem was He just kept repeating the same thing, take care of The Root.

Honestly, at this point in my relationship with Him, I felt like a blind person groping around with my hands stretched out in front of me. Oh, but how He used this root to tutor me for the rest of my life.

To take care of my root, first I had to name it. To name it, I had to let Him search me and reveal the hurt and heartache I had experienced. They all had a common theme or root. For me it was rejection. What’s yours? That sting or ache or reaction that keeps getting triggered over and over.

The second step after naming it was literally giving it to Lord until I meant it. God wanted to know if I actually wanted it gone, or if I wanted to say I wanted it gone. There is a big difference.

This got flushed up when we went to burn the root. We stacked other wood around the root and started a fire. We had a beer, laughed and talked, and went to bed. When we got up the next day everything was ashes EXCEPT the root.

Okay God, I said. What is happening here?

I am not playing games. I am changing you. Do you actually want to be different?

I remember I went out alone to the firepit and sat and looked at the root, acknowledged its sheer ugly, now-charred existence.  I confessed all the ways rejection had made me bitter, small, and hard-hearted. I acknowledged all the damage that had been caused by my unwillingness to address it. I forgave all the people who had rejected me. I forgave myself for all the people I had hurt through my rejection of them.

I sat in the presence of this ugly thing in me— with my God.

I finally, finally got to the place with God that I didn’t want this root anymore and asked for something better instead.

Burn the root, He said.

That night we went out again, but instead of roasting marshmallows, we took lighter fluid. We watched the root burn long and slow. When we got up the next morning for church, I went to the window to see the firepit. The root was gone.

I ran barefooted outside and stood over the pile of ashes. For some unknown reason, I started crying.

“What is happening Lord. Something is different.” I prayed out loud.

This is what freedom feels like. The root is gone.

That was 25 years ago. It is a profound spiritual marker of my journey. Every time rejection has raised its head, I have this place with God to return to, where beauty came from ashes. For real.

Do the hard work. Dig up the root. But don’t just leave it there. Burn it.